If you thought climate change and Sustainability weren’t two of the most crucial challenges facing the world, think again.

It’s no surprise that President Joe Biden signed an executive order on his first day in office saying the United States will rejoin the Paris Agreement effective within 30 days. After all, there’s no time to waste. The UN Intergovernmental Panel on Climate Change says that if we can’t prevent the planet from warming by more than 1.5°C (2.7˚F) above pre-industrial levels by 2050, there could be dreadful consequences, including but not limited to more extreme weather events, rising sea levels, food shortages, and plant and animal extinction.

As the New York Times recently reported, 2020 was tied for the hottest year on record. A town in Siberia, Verkhoyansk—which sometimes sees extreme temperatures of –58˚F (-50˚C) in the winter—even saw a record high temperature last summer of 100˚F (38˚C), which is 30 degrees warmer than average. The Paris Agreement was signed in 2015 by 196 countries, and the goal was for nations around the world to work in tandem to help curb additional global warming. The European Union, for instance, pledged to reduce greenhouse gases (GHG) by at least 40% by 2030 compared with 1990 levels and become climate neutral by 2050 while India pledged a 33% to 35% GHG reduction by 2030 compared with 2005 levels. The United States at the time the agreement was signed said it planned to reduce GHG by 26% to 28% by 2025 vs. 2005 levels, but, having withdrawn from the agreement in 2017, that pledge is in serious jeopardy.

When the agreement went into effect in 2016, Patricia Espinosa, the United Nations Framework Convention on Climate Change executive secretary, and Salaheddine Mezouar, the president of the UN’s 22nd Conference of the Parties, wrote an essay explaining the challenges ahead: “This is a moment to celebrate,” they wrote. “It is also a moment to look ahead with sober assessment and renewed will over the task ahead.”

That task ahead is great; there’s no question about it. But it is not impossible.

One only needs to look back at how quickly COVID-19 vaccines came into existence and how fast the world mobilized to combat such a devastating force. There’s clearly a long way to go to end the pandemic once and for all, but the collective effort is on the right track. The same can hold true for climate change, but we must move into high gear when it comes to addressing Sustainability in our personal and business endeavors.

As Espinosa and Mezouar wrote in their essay, we need to see unprecedented reductions in GHG emissions in a short period of time, so the clock is ticking. OK, so how do we get there? 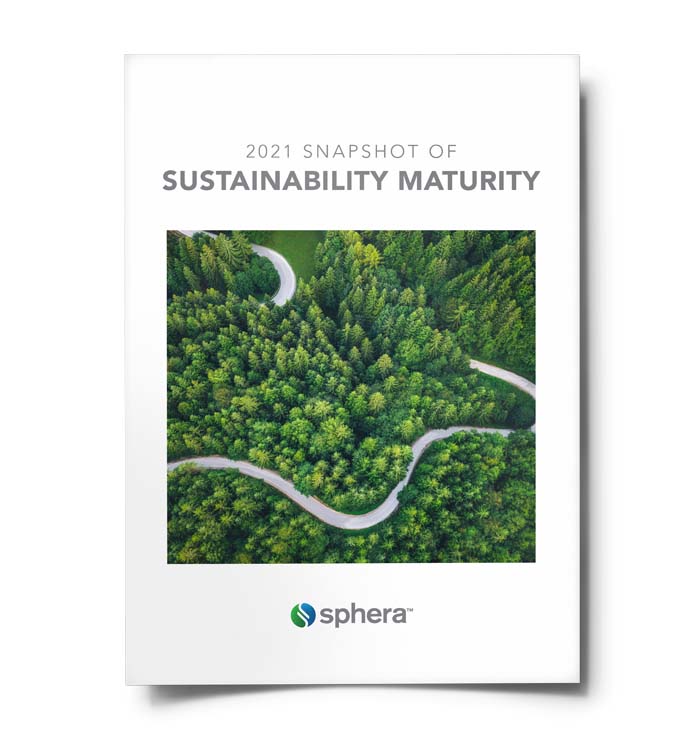 Read2021 Snapshot of Sustainability Maturity
The sense of urgency to address climate change is intensifying. For businesses, this means sustainability is no longer a marketing bonus.

At the time the agreement was signed six years ago, the Paris Agreement talked about the importance of enhancing “finance, technology and capacity-building support” to enable more action on climate change before 2020.

It’s now 2021 and the United States still produces the second-most CO2 emissions in the world after China. Without financial infusion and inroads toward innovation, the United States has lost years of valuable time trying to stem the tide of global warming, so the Biden administration must move swiftly.

Businesses still need to do their part and likely go beyond what is just required to help achieve the lofty Paris Agreement goals.

The fact that the United States is back in the Paris Agreement and working with almost all the nations to combat climate change is a step in the right direction. Still, while countries can pledge to tackle climate change and, of course, force compliance through regulation, it will take industry to help drive results toward Sustainability. Businesses need to do their part and likely go beyond what is just required to help achieve the lofty Paris Agreement goals.

Some areas the administration can focus on are renewable energy; creating the infrastructure to facilitate the emerging battery electric and hydrogen vehicle industry; reducing water waste; addressing the energy it takes to grow, process, package and ship food; rethinking packaging and recycling in general; and working with industry to help create a safer, more sustainable and productive world for all.

One way of doing this is by taking the Net Zero emissions pledge. Many Oil & Gas companies have already said they will do their part in reducing emissions by 2050. Then there are global companies like Amazon that have said they will be using 100% renewable energy by 2025 and fast-food giant McDonald’s, which unveiled its first net zero energy restaurant in Walt Disney World last year.

Just like with how scientists were able to tap into COVID-19 data to expediate change, digitalization can help companies manage and analyze immense amounts of emissions data to make smarter decisions.  Additionally, reporting environmental disclosures to the CDP (formerly the Carbon Disclosure Project) can help organizations discover and address Sustainability risks and concerns that need to be addressed.

We can no longer rely on the status quo if we want to make the world a better place for us and future generations, so a renewed commitment to the Paris Agreement is a welcome sight. If we’re looking for a blueprint on what needs to be done, look no further than the instructions Rick Blaine (Humphrey Bogart) gave Ilsa Lund (Ingrid Bergman) in “Casablanca”: “We’ll always have Paris.” What Is the CDP and Why Is It Important?
Articles
Latest Insights from Sphera
Watch A Robust Data Foundation Is Needed To Move Towards Net Zero
Data quality is essential for carbon accounting, reliable quantification of a company’s emission baseline and measuring progress towards a net-zero…
Blog Post
Blog

4 Key Takeaways From Sphera’s State of Sustainability Survey for 2021
The sense of urgency to address climate change is intensifying in every sector of the economy. But what does this…
Blog Post
Blog

The SBTi’s Net-Zero Standard–Are Promises Being Kept?
Our relationship with the SBTi allows us to help organizations set up a robust science-based net-zero target that is measurable,…
Blog Post
The Best of Spark Delivered to Your Inbox