ONE SHOT, ONE WAR, ONE INDELIBLE TAKE

PLOT
April 1917, the Western Front. Two young British soldiers during the First World War are given an impossible mission: deliver a message deep in enemy territory that will stop 1,600 men, and one of the soldiers’ brothers, from walking straight into a deadly trap.

ACCOLADES
Winner of three Academy Awards, including Best Cinematography, and winner of Best Picture and Best Director awards from the 2020 Golden Globes and British Academy of Film and Television Awards.[/vc_column_text]

A disorienting, disturbing, day-in-the-life  film, and that, in part, is what makes it great.

While the plot is rather simple—get from Point A to Point B as quickly as possible—the movie tackles war, a complex subject, in a cinematically masterful way.

The planning and rehearsing that went into being able to bring this film to life is quite astonishing. Cleverly, by filming it through a 360-degree angle that moves from back to side to front through-out the film, there are no notice-able cuts in “1917.” It doesn’t allow for speeding the plot ahead or cutting away from an intense, risky moment. There are “calm” moments in the film, too, but they are never dull. The soldiers don’t get to skip ahead, and neither does the audience. Outside of a couple of times when everything goes dark, including an uncomfortably long fade-to-black pause in the film that makes one wonder if the film is ending prematurely, we see the protagonists’ journey from start to finish.

The disorientation applies to both the characters in the film and the people in the audience.

Unused to the British accents, there were several lines that I missed, but that fits the war theme appropriately. Confusion often reigns in wartime, so why should the people witnessing it not share in the murkiness of the unknown?

SAFETY WAS HARD TO COME BY

We can think of no situation that is more unsafe than war. There are countless risks, and World War I, “the war to end all wars,” was filled with danger that led to a reported 20 million deaths among 40 million casualties. This in no way minimizes the dangers that today’s soldiers face, but well before computers and analytics and, of course, advanced weapons and medical technology, soldiers who fought wars did so mostly “flying blind” by moving or crawling one pace at a time. One false move …

While powered aircraft had been used for military combat as far back as 1911, they became much more important tools for warfare during World War I, and their advancements—and fragileness—play a key role in the risk we see presented in the film.

As the movie begins, we see Lance Cpl. Tom Blake (Dean-Charles Chapman) of the British Armed Forces asleep on the ground. A soldier gives him a less-than polite boot to the ribs to wake him up, and orders him to grab his kit, “pick a man” and follow him. He chooses Lance Cpl. William Schofield (George MacKay), who is leaning peacefully on a nearby tree. The fact that he is resting on such a pillar of strength is an important foreshadow. And the two men go off to learn what they’ve been selected to do. Gen. Erinmore (Colin Firth) tells the soldiers that through aerial surveillance it has been determined that 1,600 troops who are primed for battle the next day are walking into a trap, and he explains that they must deliver a note calling off the attack.

“If you fail, it will be a massacre,” Erinmore says. And one of those troops is Blake’s brother. The mission to deliver the notice is about as risky as it gets.

It’s not stated, but it is presumed that Blake was chosen because he would have no choice but to accept this harrowing mission since his sibling’s life could depend on it.

After all, this is not the type of ordeal many would want to volunteer for. The mission is beyond dangerous. The men, of course, accept the mission, but they do look scared. Frankly, even before they learn about what they have to do, they look like apparitions with their extra pale faces.

The two soldiers leave the “comforts” of their regiment in a warm, inviting field and head off alone together to warn the 2nd Battalion. Even carrying the bayonet looks hazardous even though it’s a form of protection against the enemy. One slip and it could cut or kill you or your partner. It doesn’t in this case, but the mission starts off badly when Schofield cuts his hand on barbed wire in no man’s land. The first thing that comes to mind is tetanus. A tetanus vaccine would not be invented until 1924, and it would not be widely used until World War II, so the dangers of catching the disease are real. Shortly after this he accidentally pushes his hand into a corpse, so the threat of germs and infection emerge as well.

While the sun is out, the ground is damp and muddy and filled with battle remnants, including the carcasses of horses, cows and men—lots of men. As noted earlier, the trees play an important role in the film. The falling cherry blossoms produce a snowy effect that adds a degree of hope or maybe even despair depending on your perspective. Some of the trees are downed in the film to show how, like the soldiers, war has uprooted them; other trees stand tall but contain pointy, bare branches that stick out announcing danger ahead. There is one tree that symbolically stands alone in a field. As they’re walking, the soldiers find an abandoned German bunker. It’s risky to go in it as there could still be soldiers inside, but curiosity wins out. There are some creature comforts built in, including bunk beds. Compare that to the British soldiers seen earlier in the film who are sleeping in muddy terrain on the side of a trench and much more likely to get pneumonia or the flu. In fact, in 1918, more than 500 million people got the fl u as part of a pandemic, and 50 million people died from it, so the threat was real in 1917, too, the year portrayed in the film.

TOUGH TO SEE AT NIGHT

While daytime is murky and filled with despair, the evening is beautifully lit albeit with fi re and brimstone and more and more disorientation. What hides in the darkness can kill you, and there are no shortage of risks in the area. But the nighttime chaos also leads to a poignant moment when Schofield meets a young woman who is hiding underground. Is she French, Belgian or even German? We don’t know for sure. She speaks French and a few words of English, but she and Schofield communicate well. In a drawer nearby is a sleeping baby. The woman says the girl is not hers, and she doesn’t even know the child’s name.

Schofield absentmindedly offers the baby food—the mental effects of being under excessive stress perhaps—but the woman explains the baby needs milk. Lucky for her, Schofield found some fresh milk on the journey and offered it to the woman to give to the child. Of course, it was never pasteurized, which would have killed any E. coli, listeria, etc., but in a war zone you take what you can get. When the child starts crying, Schofield starts reciting “The Jumblies.”

The first verse of Edward Lear’s poem “The Jumblies,” which you can read on the opposite page is nonsense. Who could stay afloat in a sieve? It’s preposterous. But when Schofield recites the first verse to amuse the baby, it makes perfect sense. At that point, he had a perfect view of the “sieve” he was “floating” on trying to complete an arduous, dangerous and soul-crushing mission. Afterward, the woman begs him to stay, but he declines and leaves in hopes of completing his mission. What happens to the woman alone in a war zone caring for someone else’s child and how she got the baby in the first place, we never learn There’s so much more that happens in the film that speaks directly to the risks of war, but there’s one important scene that needs to be recognized.

Near the end of the film, we see Schofield running through a battle almost oblivious of the turmoil and destruction taking place around him, which we see at the beginning of this article. He’s laser-focused on delivering the message. Along the way, he knocks into a couple of soldiers, which makes it feel even more chaotic, but as Insider reports, it wasn’t part of the script:

“As George is running out of the trench, you’ll see him bump into some extras. That wasn’t planned. The actor bumped into them by accident, and they just kept the camera rolling. Had they called ‘cut’ right away, this great, genuine moment capturing the chaos of the war would never have made it into the movie.”

There are hazards in war and movie making as well, and “1917” captures such an ugly event with breathtaking beauty. 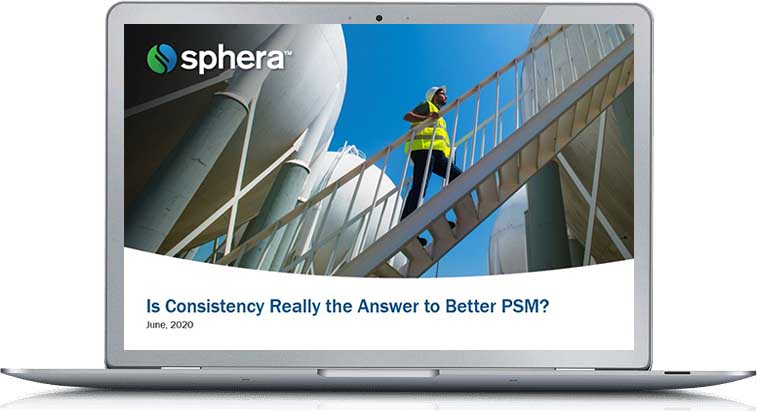 Managing Frontline Operational Risk: Dynamic, Real-time Safeguard Management
This webinar will take a retrospective review of a significant refinery loss event and the key lessons learned from it.
Blog Post
The Best of Spark Delivered to Your Inbox