It’s not surprising that many people put things off in 2020 because, well, it was 2020 after all. The deadly COVID-19 situation forced people to work from home, postpone trips, push back conferences or move them to the internet. Additionally, some organizations were forced to make decisions that could have much-greater implications on workplace safety in a Hobson’s choice of either sending workers to the frontline during a pandemic or delaying plant turnarounds.

As we saw throughout most of last year, many refineries were forced to delay their turnarounds until 2021. These turnarounds might not be the “New Year’s resolutions” they were banking on, but the situation at hand dictated the outcome.

To be clear, we’re not saying that these delay decisions weren’t warranted under the extraordinary circumstances, but that doesn’t negate the possibility of increased risk from postponing the work.

A turnaround is usually a planned event where parts of a refinery or plant are shut down so that they can be revitalized. They are often scheduled years in advance because it’s an expensive, time-consuming process that can stymie production. A few years ago, Aberdeen Group pegged the cost of an hour of equipment downtime at $260,000.

One former Oil & Gas executive once told Oil & Gas IQ: “We have learned that while we operate in the startup and shutdown mode less than 5% of the time, almost 40% of incidents occur during these ‘takeoff and landing’ periods.”

That echoes what Sphera’s senior process safety consultant, John Crosman, told Spark. He explained that one of the most hazardous situations a plant can find itself in is when it’s starting back up again.

In the wake of what transpired in 2020, refineries have some big decisions to make to ensure the safety of their people, assets, business and, ultimately, their reputation in the global community.

In my SpheraNOW podcast interview last year with James Brown, Accenture’s principal director for consulting, we discussed delayed turnarounds. He told me, “One of the biggest concerns around that is can you do it safely and is it the right thing to do? And what most companies do is they look at all of their equipment, and on an equipment-by-equipment basis, they check to see: Is the risk too high for that particular piece of equipment and can they actually defer? What they often fail to do is they don’t look at the bigger picture and see, ‘Well what are the interlinks between those bits of equipment?’ ”

In 2019, a Philadelphia refinery exploded releasing more than 676,000 pounds of hydrofluoric acid in the process, according to the U.S. Chemical Safety and Hazard Investigation Board. The cause? A ruptured elbow from a pipe that had been in place since 1973. At the time of the incident, the elbow was so worn down that it was said to have been a hundredth of an inch thick, which is thinner than a credit card. Sadly, this is just one example of a corrosion-related incident; there are several others. We’re not in the crystal ball business, but the potential is obviously there for similar incidents to occur in the future, especially during turnaround delays.

Another challenge is going to potentially be a lack of contractors available to do the jobs, which can cause a backlog for the foreseeable future and could make turnarounds even more costly. One turnaround expert from a chemical company told Reuters at a conference last June that many contractors lost their jobs in 2020 because of the pandemic, and it’s quite possible some of them have moved on to other positions since. Also, Hannah Robinson wrote in British insurance company Larsen Howie’s blog last year that, “We now face an unprecedented situation on a global scale in the form of COVID-19. While the almost inevitable lean towards self-employment will continue when normality resumes, those already contracting may face challenging times over the next few months.”

Separately, IBISWorld reports that employment in petroleum refining has dropped almost 9% annually in the United States since 2016, and the number of jobs dropped almost 31% between 2018 and 2020.

All this might explain why one site manager told Reuters that companies might have to wait longer than usual, perhaps into 2022 or even 2023 to do a turnaround, if they didn’t schedule or reschedule them quickly enough. 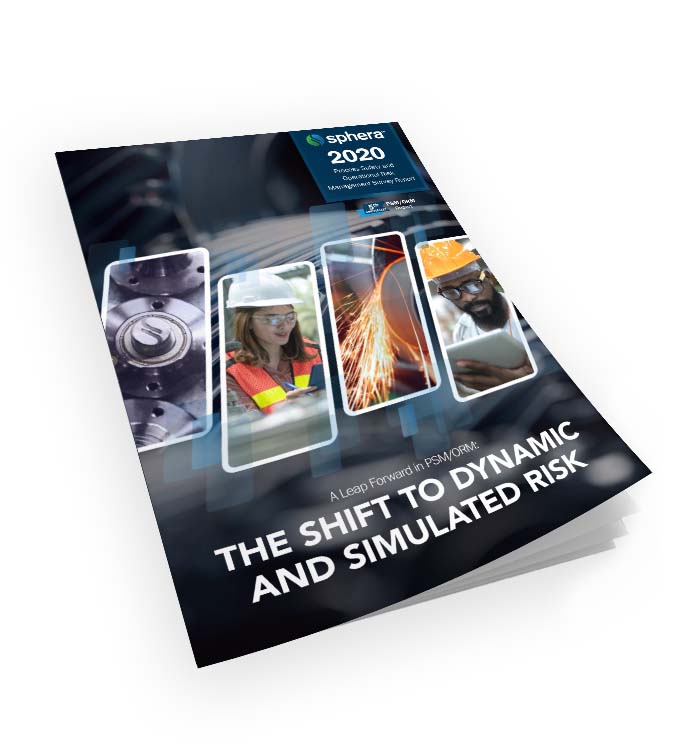 Read2020 PSM/ORM Survey Report
The 2020 report suggests one way to prevent the risks associated with increased MAHs is to turn toward technological solutions.

Give It the Gas

On top of all this, although Oil & Gas prices have started to climb, they are still well below 2018 levels. Why is that significant? Historically speaking, lower oil prices have led to more safety risks. When profit margins are down and costs are potentially rising, it will lead companies to make some difficult decisions. According to Sphera’s 2018 Process Safety Management/Operational Risk Management survey, 72% of senior leaders said they believe oil price downturn has a moderate to significant effect on process safety risk.

And in the Marsh “100 Largest Losses in the Hydrocarbon Industry” report, the authors wrote, “Downstream margins are positively affected by drops in oil prices and this can result in refineries being pushed to operate at greater capacity, potentially contributing to the frequency of large losses.”

One way to hedge against a drop in oil prices or even the effects of a global pandemic is through Digital Resilience. As Scott Lehmann, Sphera’s vice president of product management for Operational Risk Management, wrote: “Digital Resilience is really about an organization’s ability to use their operating model to either maintain or optimize their safe operations during unexpected business shocks.”

With the emergence of sensors and other Industrial Internet of Things technologies, companies have a lot of data at their disposal, but, as Accenture’s Brown told me, there is a lot of so-called “dark data” that cannot be easily accessed or used for According to Deloitte, being able to predict failures can increase equipment uptime by 20% and productivity by 25% while lowering breakdowns by 70% and maintenance costs by 25%.

In a separate podcast, ConocoPhillips’ director of operations excellence, Mark Hutcherson, told me the “secret sauce” can be found in a strategy where the right people are able to get the right information at the right time in the right form. He calls those people “connected workers.” “It’s about connecting our data, connecting our software and systems, and it’s connecting our workflows and our work processes,” he said.

Unfortunately, just 37% of companies said they manage process safety proactively, according to the 2020 PSM/ORM survey. So what are they missing by not being proactive? Andy Bartlett, Sphera’s solution consultant for Operational Risk Management, told Valve Magazine that, “What we can do now is make smarter use of the available data by only focusing on the things that are safety critical.”

Indeed, advanced software solutions allow companies to mine their own data easily to help them make better safety decisions to help eliminate risk. 2021 might be the year of turnarounds, but it also could be the year you turn things around when it comes to implementing Integrated Risk Management solutions to complete a Digital Transformation. Turning EHS&S Professionals into Technology Leaders
All companies are becoming technology companies in today’s world because they are collecting, managing and analyzing data.
Blog Post
E-book Building a Resilient Safety Strategy
As the pace of change accelerates, infrequent, incomplete inspections and outdated, siloed data will simply not be enough.
Blog Post
Interact A Platform Approach for Aligning the 14 Elements of Process Safety Management
Learn how an Integrated Risk Management (IRM 4.0) platform approach can support organizations as they manage interrelated risks through organizational…
Blog Post
The Best of Spark Delivered to Your Inbox