Nope; it’s just space junk, which, of course can be a safety- and sustainability-related risk as well as a cost risk.

Recent photos from the Pacific Northwest show lights prancing around the sky. They were not UFOs as far as we know, but most likely they were rocket debris that were burning up as they were re-entering the atmosphere.

Just how much debris is there? NASA says that, as of January 2020, there were at least 23,000 pieces of debris in space that were at least 10 centimeters long and 500,000 pieces that were 1 to 10 centimeters. Together, it is estimated the space junk weighs about 8,000 metric tonnes, which is the equivalent to about as much structural steel and bronze found in India’s Statue of Unity, the tallest sculpture on Earth at almost 600 feet high (182 meters).

While the Inter-Agency Space Debris Coordination Committee was designed to coordinate space debris efforts, there are currently no international laws in place regarding removing space debris. Since a single satellite can cost between $50 million and $400 million, the risk of damage from space debris to a satellite is clearly significant. And as more debris is left behind, there is obviously more risk of collisions, especially when space tourism picks up. The orbiting junk was explored in the 2013 film “Gravity,” starring George Clooney and Sandra Bullock; it’s known as the Kessler Effect.

Don Kessler, the former NASA scientist who studied space debris even told the Guardian back in 2011 in regard to formulating a plan to deal with space junk: “The longer you wait to do this, the more expensive it’s going to be. … This scenario of increasing space debris will play out even if we don’t put anything else in orbit,” he said.

On that point, the European Space Agency has contracted with a Swiss startup called ClearSpace that plans to launch its first mission to remove space debris in 2025.

The Gravity of the Situation

Without a doubt, space debris is an Operational Risk; even the International Space Station has to dodge space junk at times. Former NASA Administrator Jim Bridenstine even tweeted last September that the “Space Station has maneuvered 3 times in 2020 to avoid debris. In the last 2 weeks, there have been 3 high concern potential conjunctions. Debris is getting worse!” Some of the larger debris that doesn’t burn up re-entering the atmosphere (about one object per day) even crashes back on Earth. Since most of the Earth’s surface is covered in water, it’s not surprisingly that most of the junk winds up in oceans, so the risk to humans is statistically very low. That doesn’t mean nil though.

For example, there is debris from Russian Proton rockets that has been found in Siberia, including that of old fuel tanks containing toxic fuel residue, which can be harmful to plants, animals and humans.

The environmental risks of space junk need to be explored further. A piece of space junk floating through the ocean is certainly not nearly as concerning as our plastic problem, but it’s nothing to ignore either.

Just as more and more companies are assessing the Life Cycle Assessment (LCA) of their products and services from cradle to grave on Planet Earth, it stands to reason that LCA could be just as important in outer space. That’s especially true when you consider space tourism is poised to blast off to become a potential $1.5 billion industry by 2028. The more activity, the more debris.

That’s why it’s not surprising that the European Space Agency identified LCA as “the most appropriate methodology to measure and then support the reduction of their environmental impact.”

And in the 2019 report, “Assessing the Impact of Space Debris on Orbital Resource in Life Cycle Assessment,” the authors wrote that the “space industry is the only human activity crossing all stages of the atmosphere during the launch event or the atmospheric re-entry. As a result, interactions occur not only with the natural environment but also with the orbital environment during the use phase and the end-of-life of space missions.”

The report adds that, “[T]he space object population generated by past or present space missions designed without Post-Mission Disposal operations (PMD) is threatening the future access to space reducing the quality of the orbital resource,” adding that, without disposal management, debris could remain spinning around for several centuries, especially at higher altitudes. InfographicWhat Life Cycle Assessment (LCA) Can and Cannot Do
This infographic helps you understand how LCA results can support your decision-making process towards more sustainable products.

Martin Baitz, Sphera’s senior life cycle sustainability expert, added that one area worth exploring is one that would fit in with the Circular Economy. Using LCA could help companies design satellites in a way that avoids “one-way rocket boosters” and focuses on reusable boosters and design that enables the recapture and controlled return of satellites to Earth.

Since satellites cost upward of $400 million, the price to do an LCA to ensure a cradle-to-grave experience that is good for the world and our outer world is minimal. If done right, LCA could also rocket brand awareness for green initiatives without any fear of greenwashing.

As we continue to explore the solar system, we’ll have much more opportunities to learn about the world around us. We need to remember that comic book superheroes like Superman won’t be able save us this time, so we must address the safety- and sustainability-related issues with space debris ourselves. Without a doubt, it’ll take an out-of-this-world plan to deal with junk moving up to 10 times faster than a speeding bullet. What Is the CDP and Why Is It Important?
Articles
Latest Insights from Sphera
Infographic 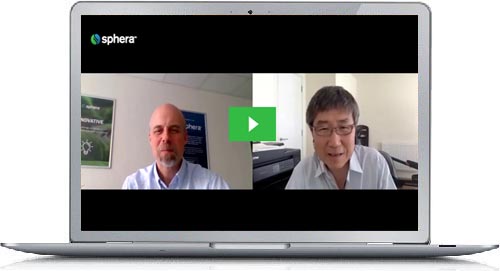 Quantifying Supply Chain Decarbonization
With the Ambition 2039, Mercedes-Benz committed themselves to become a carbon-neutral company by 2039 along their entire value chain.
Blog Post
The Best of Spark Delivered to Your Inbox