Remember those long-ago days when the final morning bell would ring and you’d head to the lunchroom? Maybe you’d open your cartoon-themed lunchbox and discover a peanut butter and jelly sandwich wrapped tightly in cling wrap.

Unless you were the type to dig into your cream-filled dessert first—also wrapped in plastic by the way—you’d peel off the wrapper, devour the sandwich and take a swig of punch from your drink that came in a pouch made of bonded plastic and aluminum.

When it was time for recess, you’d empty the contents of your lunchbox into that grey, 44-gallon garbage can, and head outside with your classmates for a game of dodgeball or hanging out on the swings.

The last thing that would have crossed your mind is where that waste was going. And it’s unlikely many kids—or even parents for that matter—realized it could take up to an estimated 450 years for that cling wrap to decompose.

Roots of Plastic Packaging for Food

Ever since the 1930s when cling wrap was invented, companies have been covering their produce, meats and other food items with plastic wrap. The material works well for this purpose because it forms a barrier against oxygen, water, bases and more, which helps to keep food fresh longer.

So, when Ralph Wiley accidently invented polyvinylidene chloride—saran—in 1933, there’s no way he could have known how pervasive the flexible substance would become 90 years later to protect food during distribution and when it goes into the refrigerator or freezer. E-bookPlastic-free Packaging – Stretching the Limits of Sustainable Possibility
Packaging, particularly plastic packaging, has developed a bad reputation when it comes to its environmental impact.

As the European Food & Beverage Plastic Packaging Summit kicks off in Antwerp, Belgium, this week—where Sphera is a sponsor—we are encouraged that people are becoming more aware of how plastic packaging negatively impacts our planet on the one hand and is necessary for our well-being on the other. To walk this fine line of when plastic packaging is necessary and sustainable and when it is not, companies will have to look to innovative solutions as well as product sustainability software and data.

Additionally, as recycling author Jennie Romer told me last year on the SpheraNOW podcast, plastic items such as bags often don’t get recycled even when they wind up in recycling bins because they are “tanglers” that cause disruption in recycling plants. Many people actually “wish-cycle” these types of plastics, she said, but they often wind up in landfills.

I guess it’s about time I wrapped things up here; I’m suddenly craving a peanut butter and jelly sandwich. But don’t worry—there will be no leftovers to wrap up. ESG Strategy: Setting the Foundation for Long-Term Success
Sphera helps you to develop net-zero roadmaps for your business that protect shareholder values while creating opportunities for growth.
Blog Post
Watch 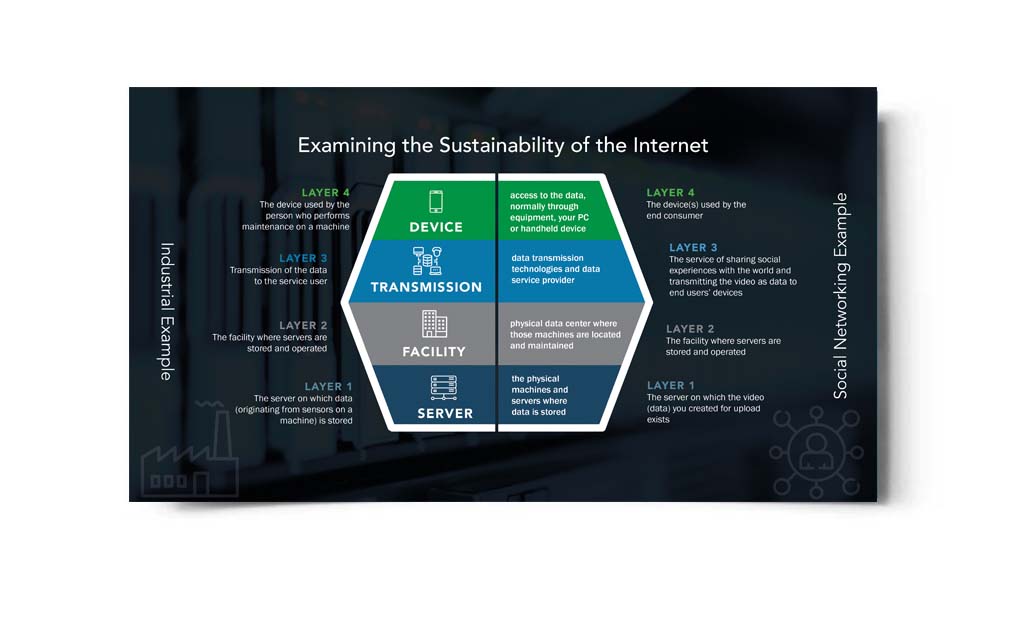 Examining the Sustainability of the Internet
This four-layer-based model helps you understand the impact of the Internet on the environment. Download the infographic now.
Blog Post
Video

Sustainability Maturity Progression
Learn about the results from a recent survey on the commitment of companies to integrate sustainability into their business strategy.
Blog Post
The Best of Spark Delivered to Your Inbox