When serious Safety and Sustainability issues collide, the events can be catastrophic.

Sadly, that’s exactly what we saw in Uttarakhand, India, recently.

At least 31 people were killed when the Himalayan glacier incident occurred Feb. 7, 2021, and 165 people were still missing as of this writing. Ravi Chopra, a research scientist at the People’s Science Institute in India, told the Associated Press that he and other experts had submitted to India’s Supreme Court several years ago that melting of Himalayan glaciers facilitated avalanches and landslides, and that constructing dams in areas where climate change was melting glaciers in the region could be dangerous.

Scientists are investigating what caused this incident, and climate change could be to blame.

In a 2019 book titled “The Hindu Kush Himalaya Assessment,” the authors wrote: “Even if warming can be limited to the ambitious target of +1.5°C,” or 2.7°F, above preindustrial levels—which is what the Intergovernmental Panel on Climate Change says is essential for the good of the planet and its inhabitants—“volume losses of more than one-third are projected for extended HKH glaciers.” According the book, as far back as 2010, scientists warned that climate change could lead to a glacial lake outburst flood.

In its Intended Nationally Determined Contributions (INDC), India has pledged to improve the emissions intensity of its gross domestic product by 33 to 35% by 2030 below 2005 levels and increase the share of its nonfossil fuels-based electricity to 40% by 2030. India has also agreed to enhance its forest cover, which will absorb 2.5 billion to 3 billion tonnes of carbon dioxide by 2030.

Not to sound alarmist, but the recent incident in Uttarakhand is likely more than just an anomaly around the globe.

We are already seeing more incidents where Safety and Sustainability are interconnected. Just look at the number of wildfires that have rocked areas of the United States and Australia in the past few years bringing devastation to people, animals, infrastructure and vegetation. Also, while the global average of tropical cyclones has remained consistent at 86 since 1980, we are seeing these weather events occur in different areas, and climate change appears to be the main culprit. E-bookBuilding a Resilient Safety Strategy
As the pace of change accelerates, infrequent, incomplete inspections and outdated, siloed data will simply not be enough.

As we see in the world of Process Safety Management, all it takes is one risk pathway to develop to turn a minor incident into a catastrophic one. The same holds true with climate change. We might not notice every drop of water that drips off a melting glacier, but collectively those drops can lead to serious environmental damage that could lead to incidents that affect the planet and ultimately humans as we saw in the Uttarakhand tragedy.

And while lessons learned are critical, we know that we can’t take a catastrophic incident back.

Insights from Integrated Environmental, Social and Corporate Governance (ESG) and Integrated Risk Management can help lead the way to helping to prevent future incidents. Companies can play a key role in helping to curtail environmental incidents that could lead to incidents related to the Safety of your people, your assets and, ultimately, your communities and reputation.

We know that Earth is changing because of climate change, but together we can build that metaphorical dam that leads to a safer, more sustainable and productive world for everyone.

Ritesh Agrawal, Sphera’s director of Sustainability consulting for India and Southeast Asia, contributed to this post. 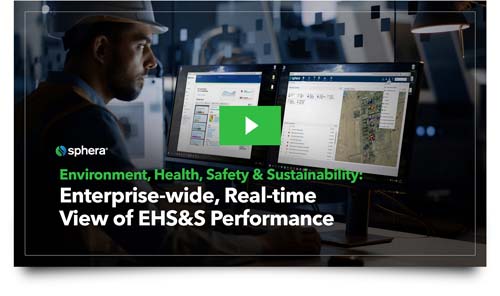 Your Environment, Health, Safety & Sustainability Journey
New ways of working have forced a shift to digital solutions that connect our workers, no matter where they may…
Blog Post
E-book