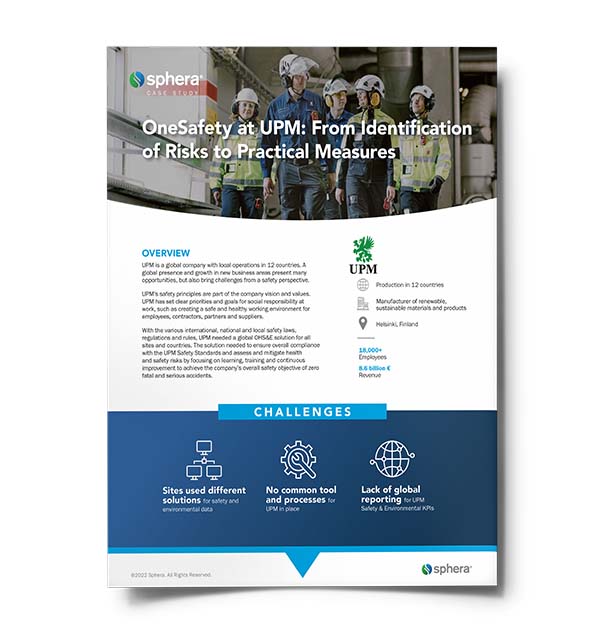 OneSafety at UPM: From Identification of Risks to Practical Measures
UPM introduced the SpheraCloud Health and Safety Management solution to harmonize their global safety and environmental processes.
Blog Post
Blog Balancing Resource Tensions and Managing Risk at the Frontline
Organizations make decisions by focusing on the need to continue production. But such decisions do not account for safety and…
Blog Post
E-book In the Dark on Cyberthreats – How Risk Assessments Can Help Illuminate Vulnerabilities
In the past few years, we have become increasingly aware of the threats posed to organizations by attackers who work…
Blog Post
The Best of Spark Delivered to Your Inbox