With apologies to chickens, crocodiles, sharks and other creatures that can play “Six Degrees of Separation” aka “Six Degrees of Kevin Bacon” with their prehistoric cousins, dinosaurs as we know them from books and fossils found in museums have been extinct for some 65 million years.

Dinosaurs ruled the planet for about 165 million before that. For comparison, humanoids have been calling Earth home for about 6 million years with homo sapiens making their debut roughly 300,000 years ago.

People, of course, are really fascinated by dinosaurs. Spark even reviewed “Jurassic World” in 2018. And some collectors and museums are willing to shell out a million dollars or more to purchase the mostly complete skeletons of creatures like “Big John,” a massive triceratops that perished some 66 million years ago—only a million years before the dinosaurs disappeared.

Since humans are so interested in dinosaurs, it begs the question: Are we so used to learning about dinosaurs that we are ignoring the fact that we are potentially becoming ones?

I’m not a doom and gloom kind of guy, but, while listening to Marc Binder’s keynote presentation for the 10th International Conference of Life Cycle Management, his second to last slide in particular caught my attention. It simply asked: “Dinosaurs 2.0?” He means the human species could be in danger of long-term survival down the road if we don’t make drastic changes to how we tackle more sustainable practices sooner than later. He also explained that action is needed rather than just talk from governments, nongovernment organizations (NGOs), academia, industry and consumers. As the slide says, “If we don’t act quickly enough, we could become the next ‘dinosaurs.’ The Earth, itself, will be fine in several thousand millennia, but new creatures could inhabit the planet by then. Maybe the dinosaurs will get a second chance. I’m sure they’d take it.”

Yes, Binder—Sphera’s vice president of sustainability consulting services—was trying to be provocative with that statement and not trying to suggest the end of the world as we know it is nigh, but he makes a valid point.

The Earth is making a lot of “noise” these days as we see in reports like: As the Queensland (Australia) Museum states about the Mesozoic Era (250 million to 65 million years ago), “When dinosaurs ruled the Earth, the climate was most likely hot and humid. There is no evidence of Ice Ages or glaciations found in rocks of this age. … Atmospheric carbon dioxide was close to present-day levels. The ice caps at the North and South Pole had melted, resulting in raised sea levels.”

During the Cretaceous Period, the last period of the Mesozoic Era (145 million to 65 million years ago), temperatures rose about 10°C (18°F) from either a huge asteroid crashing into Earth or perhaps volcanic eruptions that released ash and gas into the atmosphere.

Rising temperatures? Something sounds all too familiar.

We already know by the recent Intergovernmental Panel on Climate Change (IPCC) Sixth Assessment Report that things are bad. Actually, really bad. As the report states, “The likely range of the total human-caused global surface temperature increase from 1850–1900 to 2010–2019 is 0.8°C to 1.3°C, with a best estimate of 1.07°C.” That means that even if we focus on the “best” estimate of 1.07°C (1.93°F), we’re just 0.43°C (0.8°F) away from going above the preferred Paris Agreement  goal of ensuring that global warming does not exceed 1.5°C (2.7°F) above preindustrial levels.

Raised sea levels, too, you say? We know a little something about that, too. We’ve seen an 8- to 9-inch jump (21- to 24-centimers) from 1880 until today, and 3.4 inches (8.6 centimeters) of that occurred between 1993 and 2019 alone. In terms of carbon dioxide (CO2), countries collectively now emit some 36 billion tonnes of CO2 emissions per year from burning fossil fuels and cement production, up from about 6 billion tonnes in 1950.

As for volcanic eruptions, a few years ago scientists hypothesized that climate change could lead to bigger eruptions in the future as glaciers melt. Well, again, the prognosis isn’t good here either. In a separate study, scientists found that glaciers lost 267 gigatonnes of ice per year between 2000 and 2019. As NASA explains, just one gigatonne of ice would be the equivalent of every inch of space in New York’s Central Park, which is about 4 kilometers (2.5 miles), having a 341 meter (1,119 foot) chunk of ice on it. You can see a visualization of just what that would look like here.

As you might expect, there are many theories about what actually caused the dinosaurs to go extinct, but regardless of how the dinosaurs met their untimely demise, they certainly didn’t have the technology, solutions and information at their disposal to do something about it. Humans do. It’s time, Binder said, to stop talking about making changes and actually doing something about it.

For point of reference, one recent study estimates that some 2.5 billion Tyrannosaurus rexes, the “king” of dinosaurs if you will, roamed the planet (over the course of 2.5 million years). So there were maybe 20,000 adult T. rexes living at any given time. Today, no one would argue, mankind is the “king” of the animal kingdom, and we are closing in on 8 billion people living on Earth in 2021 alone. This is why we must do better as a global community to help protect the planet and to protect our world for future generations.

For the business community in particular, taking an Environmental, Social and Governance (ESG) approach is key to creating a sustainable future not only for the organization but also for the communities in which the businesses operate, and data, software and expertise will help companies get to where they need to be.

There’s still time to right the ship, but we must start now. It’s the proverbial “second chance” that the dinosaurs did not have. And If you need any more motivation to start taking sustainability more seriously, let’s just say Binder’s warning should be all the “fossil” fuel you need. GlossaryWhat Is ESG Reporting, and Why Is It Important?
ESG reporting refers to the disclosure of data covering a company's operations in three areas: environmental, social & corporate governance.
Related content 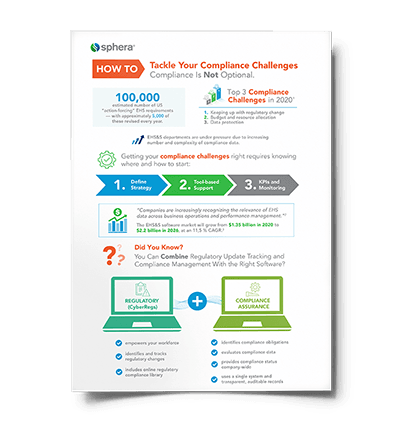 How To Tackle Your Compliance Challenges
Compliance is not optional. Getting your compliance challenges right requires knowing where and how to start.
Blog Post
Case Study 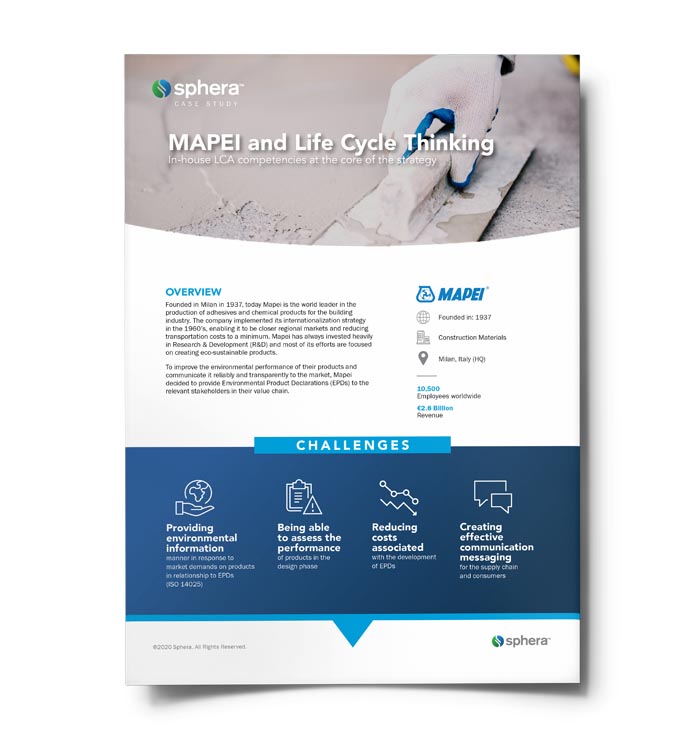 MAPEI and Life Cycle Thinking
To improve the environmental performance of their products and communicate it reliably Mapei decided to provide EPDs.
Blog Post
The Best of Spark Delivered to Your Inbox