Far and wide, we have seen councils, cities and even businesses in some cases, declaring a climate emergency. As of the end of July 2019, there are 901 jurisdictions across 18 countries that have made the declaration.

A part of me celebrates this success. People are finally waking up to the reality that we are in a climate crisis! But an equal part of me feels quite cynical. It’s starting to look like declaring a climate emergency is the new mega trend—plastic straws round two—where after the initial applause or sense of success, we realize the impact is actually not that great.

Declaring a climate emergency without implementing any actions is green-washing.

Very few jurisdictions have paired a climate emergency declaration with binding targets, or even a tangible action plan. That’s not to say there aren’t plans in the works, but we need to accelerate the target-setting and the public needs to hold decision-makers accountable.

One can argue that raised awareness eventually helps to drive change, but from my perspective, delays are just as bad as inertia. It’s no surprise the new term in town is “climate delayers” as opposed to “climate deniers.” Declaring a climate emergency and then taking one to two years to develop a plan is a delaying tactic.

But it’s not just about setting ambitious targets. If a jurisdiction declares a climate emergency, then all following actions should support this declaration and not directly contradict it.

So what’s the solution? Should we halt the declaration of climate emergencies?

Not necessarily. But we do need to ground these declarations in actions and hold leadership teams accountable to their commitments.

Something that has struck me is that despite resources such as The Climate Emergency Declaration or the Council and Community Action on Climate Change, most community groups and councils are starting from scratch each time a declaration is made. There isn’t a blueprint yet on how to get it right.

I’m by no means an expert on policy-making, but I have gained some insights from my work with my local council as well as professionally. If we truly want to avoid green-washing, there are a few elements that all jurisdictions should be including in climate emergency declarations.

1. Get the Decision-Making Framework Right

The first and foremost is to integrate climate change as the lens through which decisions are being made. Climate change affects everything, from food to employment to the economy. Moving forward, every decision made should consider the impact on climate change/environment as one of the most important criteria. What does that mean practically? Typically policies or decisions are made based on factors such as cost and impact.

We must take a holistic approach to decision-making.

2. Use the Right Data

You wouldn’t make financial decisions without data, so why make sustainability decisions without data? There are tons of resources available showing the impacts of different decisions and policies, and there are tools to do these analyses internally. Businesses, cities and councils should be analyzing the impact of their policies and using data to make the best decisions possible. This is an important follow-up to the first step of using a good decision-making framework, as data has to play a role when evaluating the impact of decisions and policies. I never understood the power of data in the sector until I joined the company and really understood the idea of trade-offs and burden shifting. There are so many perceptions of “green” policies and “green” products that actually are equally harmful to the environment as the traditional alternatives, but the information isn’t reaching decision-makers. The good news is that the data and the methodology for analysis has existed for over a decade—it’s just a matter of getting the information to the right people.

3. Be Ambitious in Target-Setting

We don’t have the luxury of time for incremental change. All governments and businesses need to aim high and set ambitious targets for net zero carbon, even if they aren’t sure how they can achieve them.

If every company and government around the world committed to net zero by 2030, then the risk of failure for one company or government is decreased.

Every jurisdiction should be putting out a plan with net zero targets within months of declaring a climate emergency, if not immediately. It isn’t negotiable anymore—it’s a matter of how, not if. Humans are intrinsically motivated to work hard to reach a target. We need to channel that human intuition and creativity to make deep systemic change and solve climate change. Now every company and government taking a leap of faith does run an inherent risk—the risk of failure. But there is power in numbers, and the more companies and governments buy into the vision, the risk is lessened. If every company and government around the world committed to net zero by 2030, then the risk of failure for one company or government is decreased. We all become part of the same boat and we all drive forward to meet that target. It isn’t one company’s or one government’s reputation on the line.

There is so much work being done around the world on action plans, strategies and ideas, and yet there is limited collaboration. Most people are starting from scratch each time and spending valuable resources doubling work. If governments, councils, businesses and civic society exchanged ideas and collaborated more on effective policies and change, we could accelerate the pace of change. Some nonprofits like Ashden are developing toolkits for cities that look at climate co-benefits. We need more of this idea-sharing to inspire further action and quickly, particularly for councils that don’t have the resources to develop strategy plans quickly.

5. Be Transparent in the Journey

The stakes are high, and so are expectations. But the reality is that nobody has the perfect solution, and nobody’s journey will be smooth. The best thing governments and businesses can do is to be transparent on that journey. Transparency builds trust in the process and allows for an iterative journey, where honest mistakes can be made and learned from, particularly if the targets are high. We are all invested in the outcome of this work, so there is a level of pressure and accountability, but also needs to be an acknowledgment of the scale of the challenge we face. We need systemic change to solve climate change, and that is no easy task.

The rise of climate emergency declarations may be taking us in the right direction, but it could easily derail if there is an abuse of power.

With better frameworks, the right data, ambition, collaboration and transparency, I have no doubt we can be successful and make meaningful change, not just green-washing statements.

The climate crisis isn’t a problem we can conveniently ignore, because it will only get worse each year.

If we don’t meet net zero as soon as possible, we will have bigger problems to grapple with than green-washing statements. 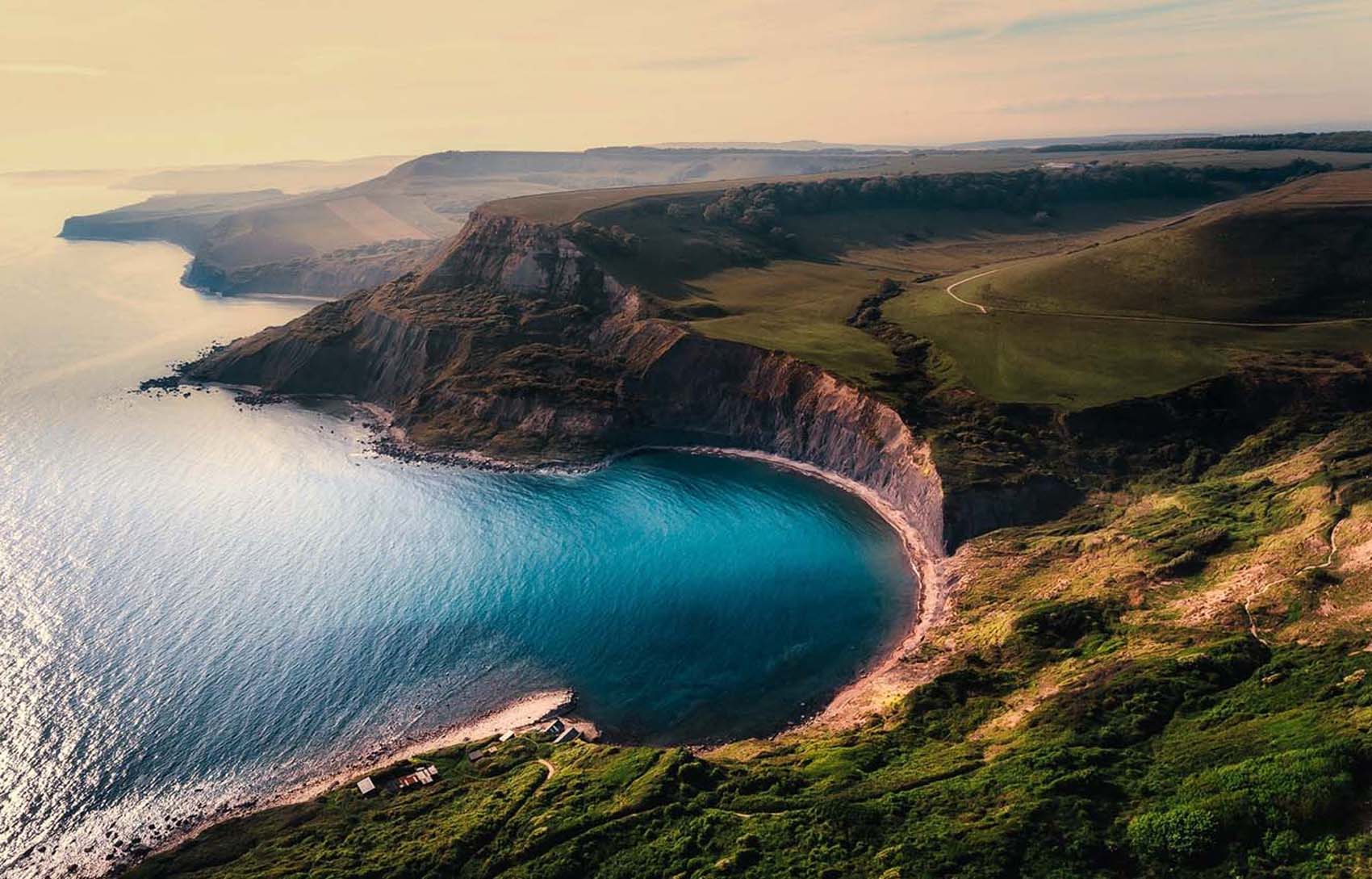 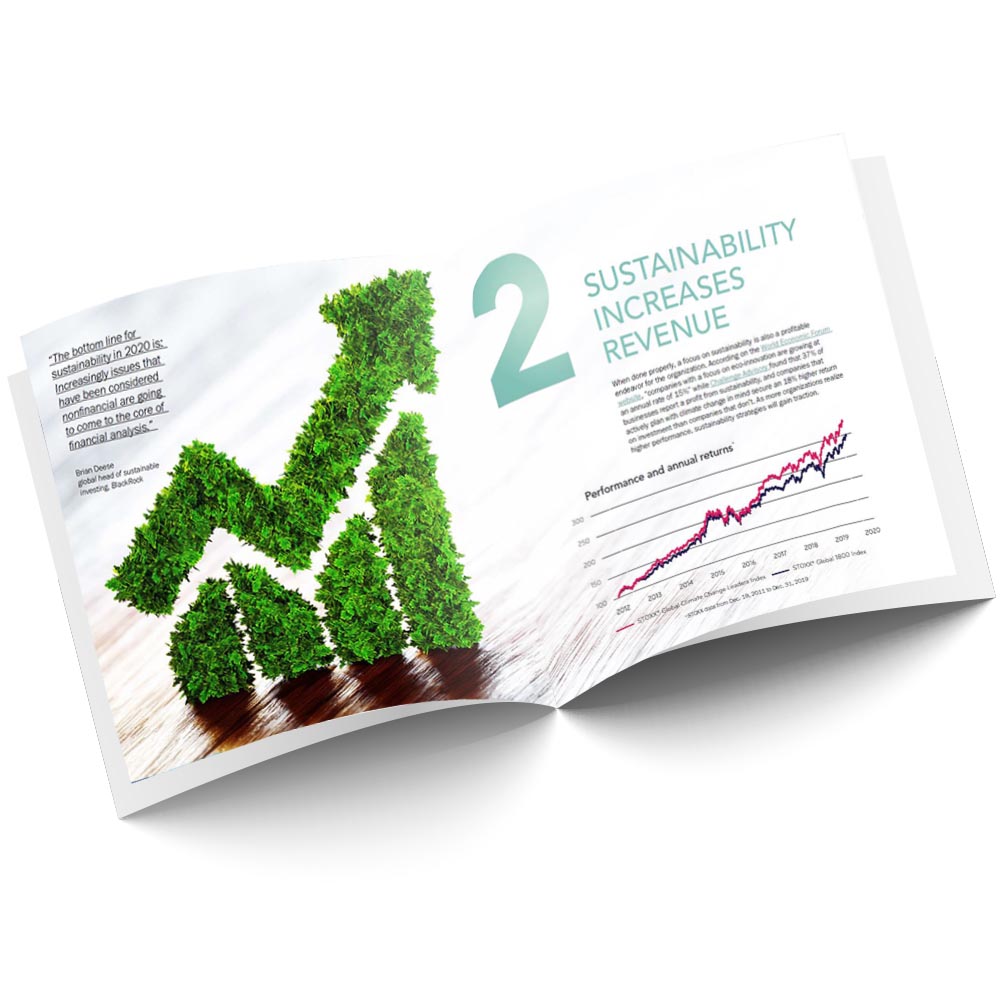 5 Ways Sustainability Drives Business
Today’s forward-thinking organizations are seeking to include sustainability into a comprehensive strategy that makes sense for the business.
Blog Post
Watch 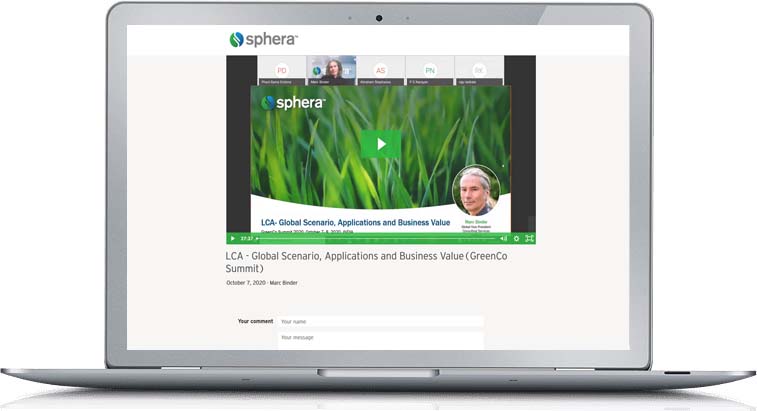 Life Cycle Assessment (LCA) – Global Scenario, Applications and Business Value
Resilience integrated into businesses at all stages through green is the need of the hour. Register to watch this video.
Blog Post
The Best of Spark Delivered to Your Inbox