I hadn’t even finished my morning iced coffee when I was forwarded an article with a quote from U.N. Secretary General António Guterres saying, “Today’s IPCC Working Group 1 Report is a ‘Code Red’ for humanity.”

And in another article there was a quote from Linda Mearns, a senior climate scientist at the U.S. National Center for Atmospheric Research who co-authored the report, saying that, with climate change, “It’s just guaranteed that it’s going to get worse.” There’s “Nowhere to run, nowhere to hide,” she added.

Code red for humanity? Guaranteed to get worse? Doesn’t get much bigger than that; I might have to pour myself another cup of java.

Let’s take a look at some of the findings from the Intergovernmental Panel on Climate Change (IPCC) Sixth Assessment Report (which is approved but not finalized):

1. “Human-induced climate change is already affecting many weather and climate extremes in every region across the globe. Evidence of observed changes in extremes such as heatwaves, heavy precipitation, droughts, and tropical cyclones, and, in particular, their attribution to human influence, has strengthened since the Fifth Assessment Report.”

This should come as no surprise to anyone. We’ve been reporting about the effects of climate change for several years. Not to mention, Swedish scientist Svante Arrehenius first addressed global warming all the way back in 1896, and there were several studies on climate change even in the 1960s. With current extreme weather events—such as hundreds of wildfires raging around the globe in places like California and Greece, a typhoon hitting southwestern Japan, and massive rainstorms pummeling Sichuan, China—it appears that the words famed nautical explorer Robert Ballard spoke to me a few years ago are becoming more and more true every day: “The Earth is fighting back.”

The last ice age ended about 10,000 years ago, and, historically speaking, warmer interglacial periods like we’re currently experiencing on Earth have lasted between 10,000 and 15,000 years followed by another 100,000-year ice age. Even so, we still need our icebergs to stay, well, icy. The big difference-maker during this current period of warming, experts say, is mankind’s influence on the environment from the food we eat to the emissions we send into the stratosphere. As the National Oceanic and Atmospheric Administration (NOAA) explains on its website Climate.gov: Eight of the 10 largest cities in the world are near a coast, and “rising seas threaten infrastructure necessary for local jobs and regional industries. Roads, bridges, subways, water supplies, oil and gas wells, power plants, sewage treatment plants, landfills—the list is practically endless—are all at risk from sea level rise.” 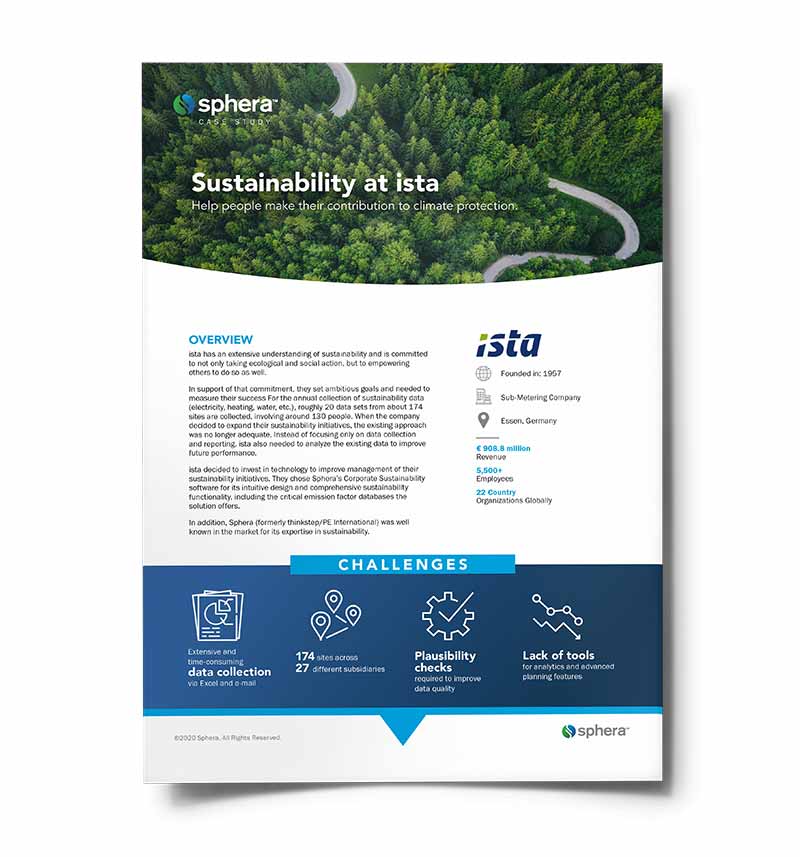 3. “Low-likelihood outcomes, such as ice sheet collapse, abrupt ocean circulation changes, some compound extreme events and warming substantially larger than the assessed very likely range of future warming cannot be ruled out and are part of risk assessment.”

4. “Global surface temperature will continue to increase until at least the midcentury under all emissions scenarios considered. Global warming of 1.5°C and 2°C [2.7°F and 3.6°F] will be exceeded during the 21st century unless deep reductions in carbon dioxide (CO2) and other greenhouse gas emissions occur in the coming decades.”

As the world continues to warm, we’ll be seeing more of the consequences mentioned in observations one and two. Yeah, we don’t want that. This is why taking a holistic approach to decarbonization and net zero by setting Science based Targets is so important for businesses. Software and analysis from experts will allow companies to review their existing carbon footprint, implement a strategy to improve it and even set more ambitious Scope 3 targets.

Our collective focus as a society has been on COVID-19 for the past 20 months, and justifiably so, but climate change has the potential for being an even-more dangerous global event if we don’t start executing a plan now. Some companies were slow to come around in realizing the importance of focusing on sustainability in terms of bottom-line value, but especially with the emergence of Environmental, Social and Governance as a key investment criterion, that notion is changing precipitously. But ESG is much more than just an investor tactic, it’s a real strategy to enhance sustainability at an organization while looking out for the people in the company and the communities they operate in.

Is There a Plan in Place?

Whether it’s creating a decarbonization roadmap to net zero, prioritizing a materiality assessment, taking action on the Sustainable Development Goals or all of the above and more, it’s imperative to advance your sustainability initiatives sooner rather than later. Pair mankind’s ingenuity and drive to succeed with data, software and expert consulting and you have the perfect formula for helping to make the world a safer, more sustainable and productive one for us and future generations.

According to a quote from report co-chair Valerie Masson-Delmotte, a climate scientist at France’s Laboratory of Climate and Environment Sciences at the University of Paris-Saclay, “Our report shows that we need to be prepared for going into that level of warming in the coming decades. But we can avoid further levels of warming by acting on greenhouse gas emissions.”

A motivated scientific and business community in particular can help make major change happen in a short period of time as we saw last year with the development of multiple COVID-19 vaccines. The question is: Are we as motivated to deal with climate change?

That was rhetorical; we really have no choice. Better brew some more coffee—we have a lot of work to do. What Is the CDP and Why Is It Important?
Articles
Latest Insights from Sphera
Blog Carbon Footprinting for Sensible Greenhouse Gas Reduction Targets Toward Net Zero
The challenge was to grasp all emissions that are directly or indirectly caused by the VW communication department’s activities.
Blog Post
Video