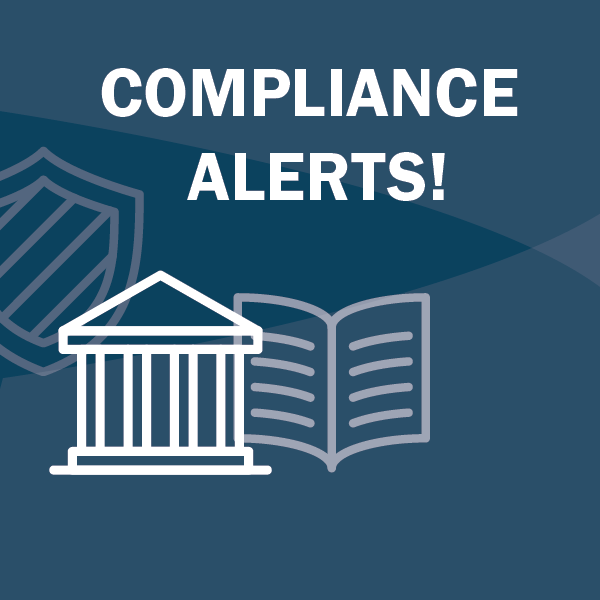 The Pipeline and Hazardous Materials Safety Administration, or PHMSA, of the U.S. Transportation Department has withdrawn a final rule that was intended to be published in the Federal Register on Jan. 26, 2017. The final rule, HM-215N, would have updated the U.S. Hazardous Materials Regulations to reflect international standards. The final rule withdrawal occurred because of the Trump administration’s Regulatory Freeze executive memorandum issued Jan. 20, 2017.

One of the significant changes to the reformed Toxics Substances Control Act, or TSCA, officially named the Frank R. Lautenberg Chemical Safety for the 21st Century Act, is the Inventory Update Rule. This rule requires manufacturers to notify the U.S. Environmental Protection Agency of chemicals manufactured and processed in the past 10 years. The EPA then will update the TSCA inventory by noting which chemicals are active and still being manufactured and processed and which chemicals are inactive. In the most-recent release of the TSCA Inventory (February 2017), the EPA has begun to note which substances are active based on reporting from the 2012 Chemical Data Reporting cycle.

Domestic manufacturers and chemical importers will have 180 days after the final Inventory Rule is published to tell the EPA which chemical substances they have manufactured or imported in the previous 10 years. The EPA is required to publish the requirements for the data collection by June 2017.

Companies that manufacture and import chemical substances need to watch the Federal Register for the Inventory Update rule requirements to meet the six-month deadline of providing the required data to the EPA.

Glyphosate, which is the active ingredient in many weed killers including Roundup, has been added to the California Proposition 65 list of chemicals known to cause cancer. The effective date is still pending the outcome of a request for a stay. The California Environmental Protection Agency’s Office of Environmental Health Hazard Assessment, or OEHHA, first proposed listing glyphosate in 2015.

Interestingly, in March 2017 the European Chemicals Agency, better known as ECHA, announced that glyphosate did not meet its criteria to be considered carcinogenic. ECHA’s Committee for Risk Assessment, or RAC, agreed to maintain the current harmonized classification of glyphosate as a substance causing serious eye damage and being toxic to aquatic life with long-lasting effects. RAC concluded that the available scientific evidence did not meet the criteria to classify glyphosate as a carcinogen, a mutagen or toxic for reproduction.

OEHHA said that glyphosate is being added to the Proposition 65 list because it was identified by the World Health Organization’s International Agency for Research on Cancer, or IARC, as causing cancer in animals. The IARC monograph states that “glyphosate is probably carcinogenic to humans (Group 2A).” Proposition 65 requires that certain chemicals identified as carcinogens by IARC under the California Labor Code must be added to the list.

Manufacturers and consumers of glyphosate need to be aware of the discrepancy now between OEHHA and ECHA for notification and labeling purposes.

The European Chemicals Agency, better known as ECHA, has updated the Community rolling action plan, also known as CoRAP, for 2017-19, which includes 22 substances to be evaluated by member states in the first year of the plan. Over the three-year period, 115 substances will be evaluated. Of these, 22 are newly under consideration whereas the remaining 93 were previously selected.

Among the newly listed chemicals are six “potential endocrine disruptors,” and several that are potentially persistent, bioaccumulative and toxic or carcinogenic, mutagenic and reprotoxic. Wide dispersive consumer use has been an important criterion in the selection of substances.

Manufacturers and suppliers should review the list to determine if any of their substances are listed and proactively provide data to ECHA as well as be aware of potential future restrictions on manufacture and/or use of these substances. The full list can be found here.